The building itself is now complete except for final corrections. Left is to build a  base for the building, the inner courtyard and the streets around the building.

Looking back, it might have been a good idea to plan and build the base of the building first (just like in real life) and think about the positioning of the wiring for the lights. It turned out to be a bit of a nightmare to build and attach the base since the building is very heavy and all facades are built with SNOT (Studs Not On Top).

The picture below shows my sketches for the base and the choice of plates. It is quite clear that it is not just a rectangular base.

To provide structural stability, the base is built as a classical “sandwich” (plate, brick, plate and tile) with Technic bricks and classic 2xX bricks in rarely used colors. 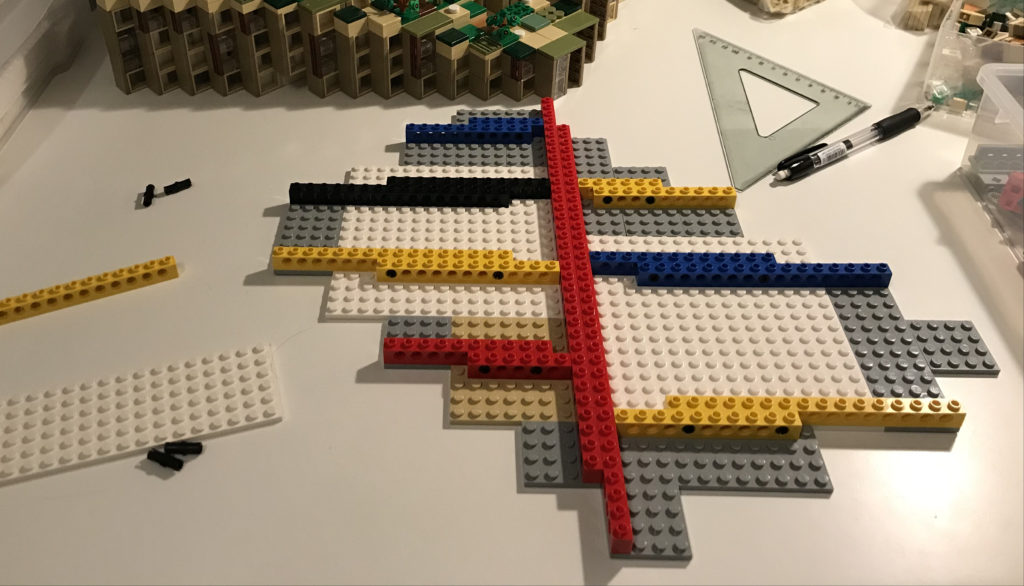 To attach the base, the building was carefully placed on the side, and plates and tiles were placed in the top layer of the base to match the underside of the building. Also, the inner courtyard part of the base was left open in order to hide the wires after attachment. 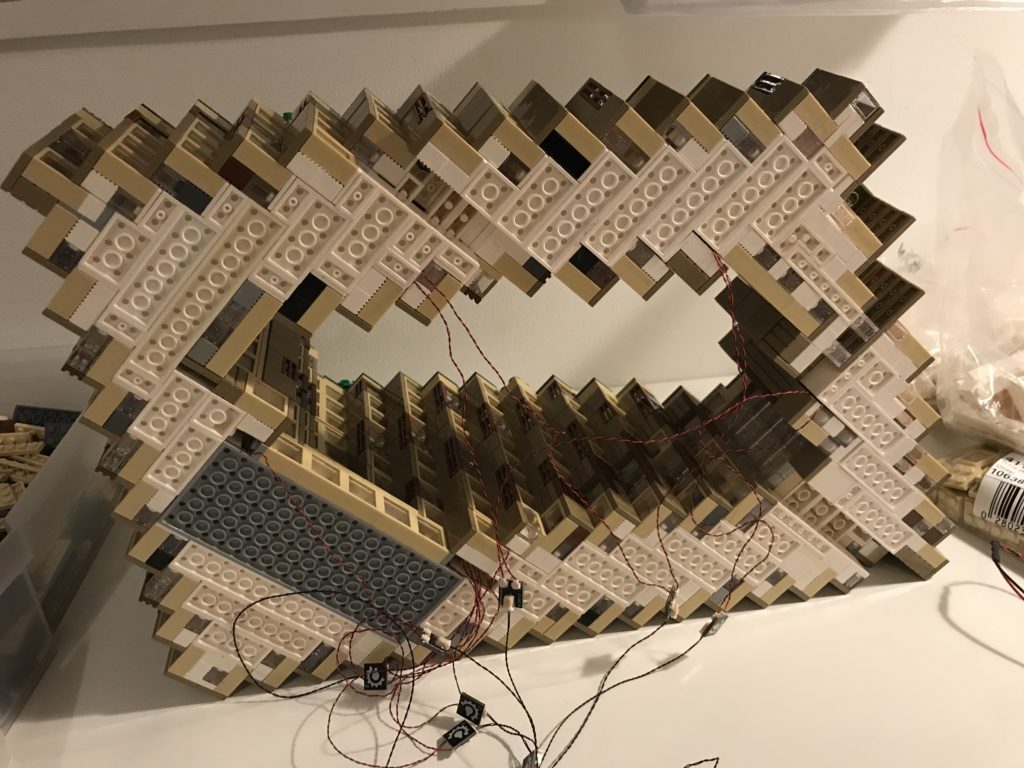 The base does not extend all the way to the edge of the building as the streets will be attached at 45 degree angle and “slide” underneath the edge. 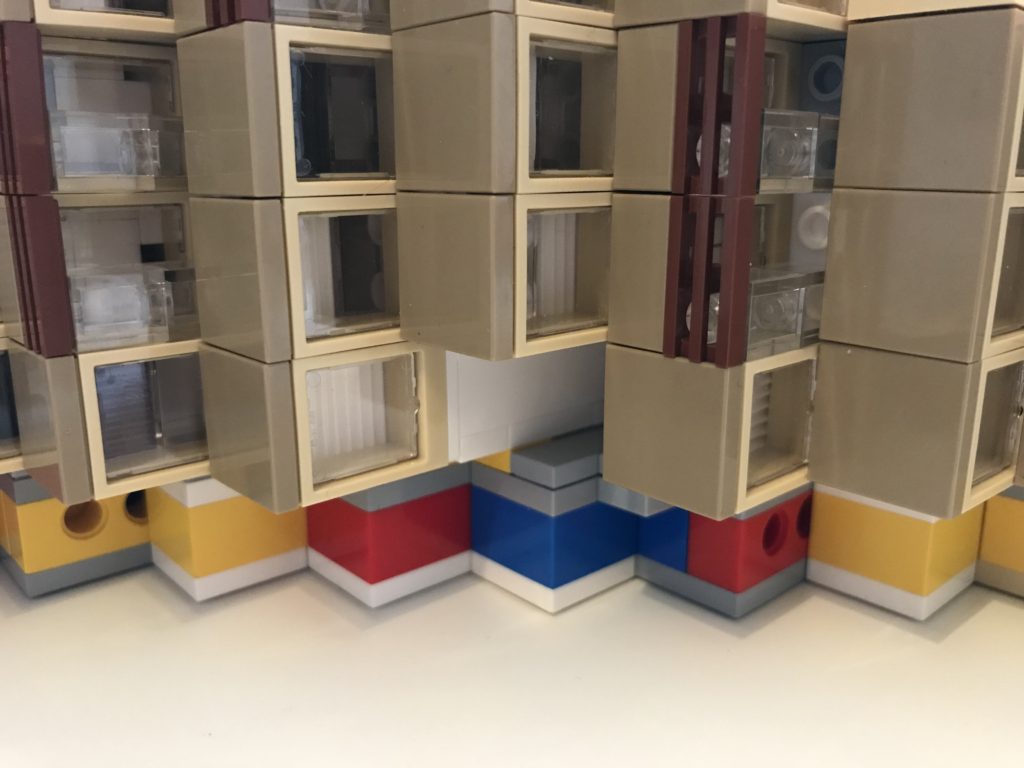 The next step is to hide the wires in the base and build the inner courtyard on top. That will be the topic of a future blog post. 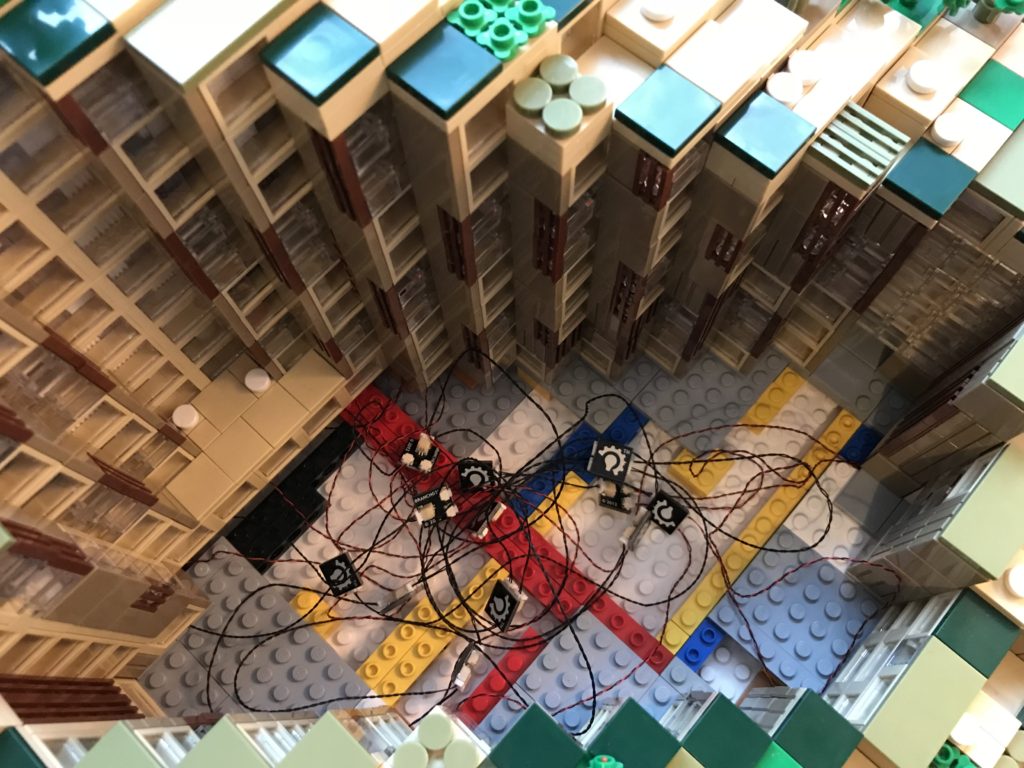