In this third post about my LEGO model of 79&PARK, I will show how small LED lights are built into the model. The picture below is one of the first reference pictures of 79&PARK I saw, and I immediately figured that I needed to incorporate light effects into the model to be able to mimic the atmosphere in the photo.

I use the Pico Lights from Brickstuff (http://www.brickstuff.com) and even for my trained LEGO hands, the handling of the small lights, wires and print boards can be a bit tricky. But the lights fit within a 1×1 plate and the wires are easily hidden between two bricks, so the system is ideal for micro scale building. 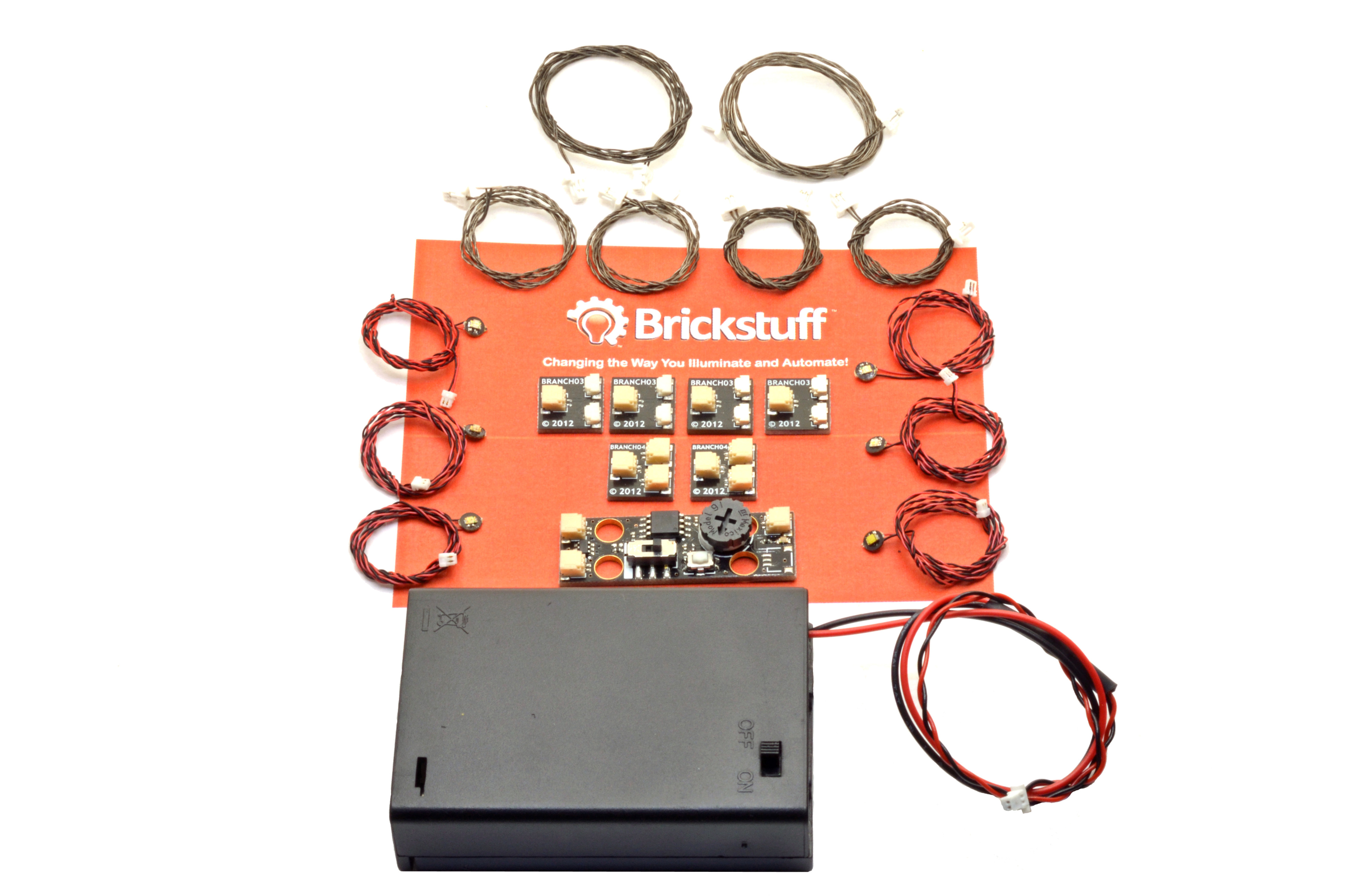 I own a total of 14 Pico Lights that will be placed in the windows facing the lowest part of the building (the front). To save on the Pico lights, there will be no light effects on the back of the model.

Initially, I have installed the lights as the building progresses making sure that the wires are hidden and come out of the bottom of the building in the inner court yard. Eventually, I will built the foundation of the building and the wires will be hidden underneath.

The picture below shows an example of a Pico light installed in a 1x2x2 window at the very front of the building. 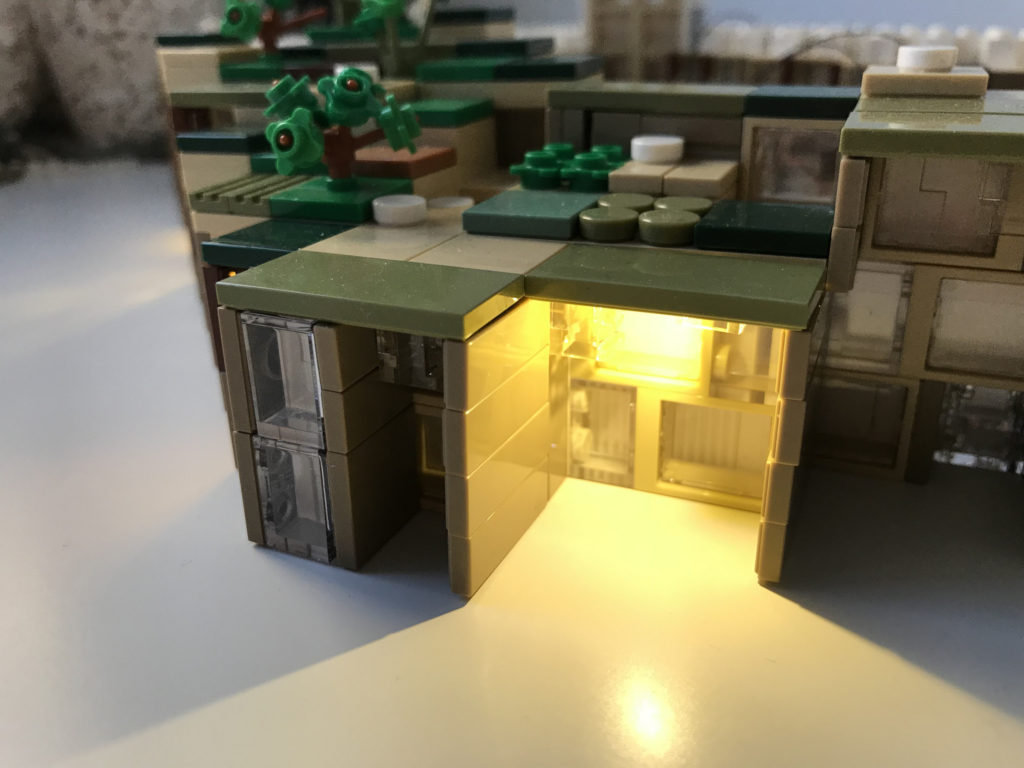 The second example below shows a Pico light installed inside a white profile brick. This gives a very nice curtain effect and a yellow glow. 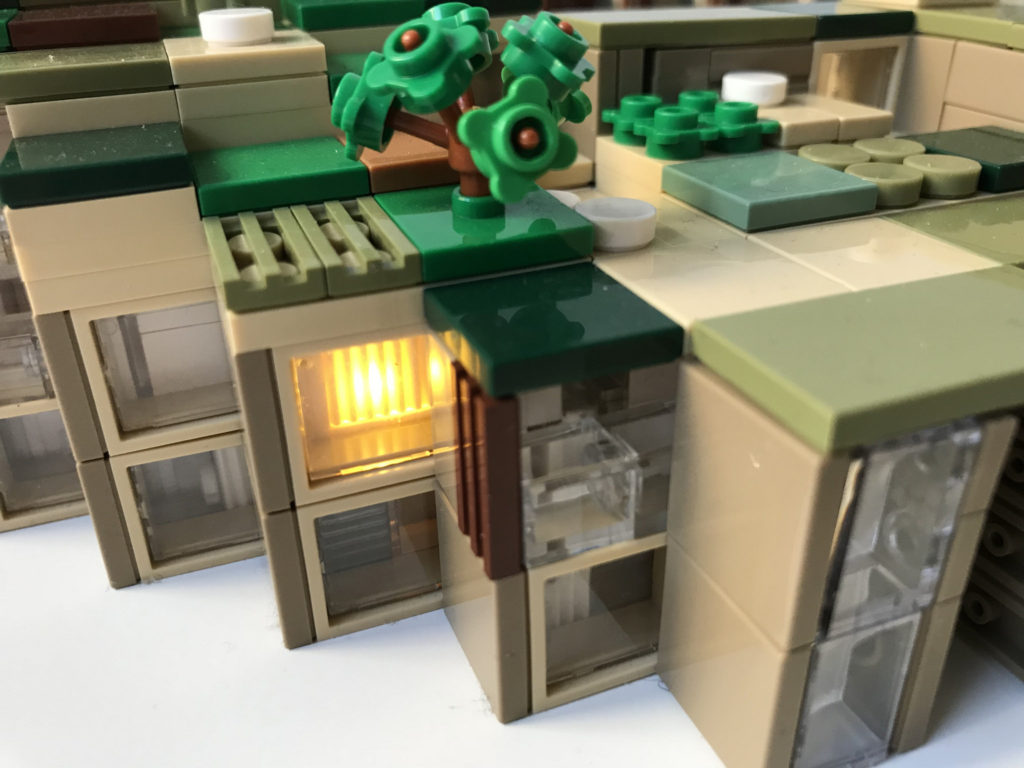 The first four lights have been installed on the picture below. I am quite pleased with the added effect and it comes quite close to the “feel” of the initial reference photo. 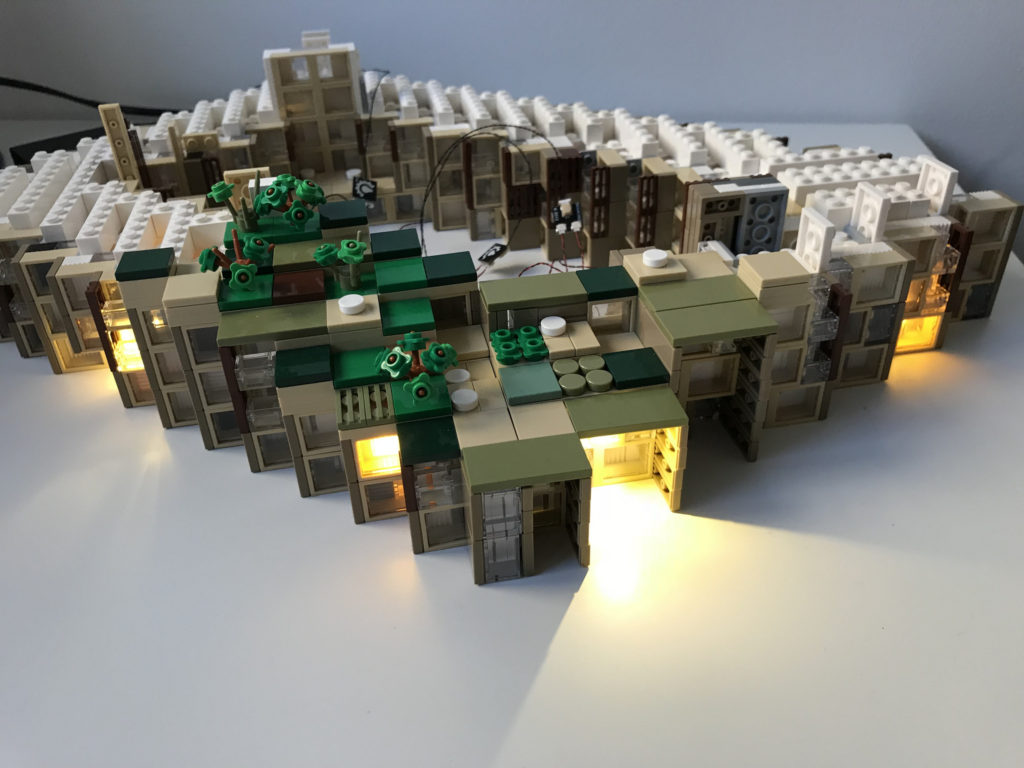 Overall, the model really starts to take shape with the sixth floor soon completed and half of the roof top terraces built. The compact interior makes the building very heavy compared to its relatively small size. But as almost all facade elements are attached by SNOT connections, the model is also quite fragile when it is lifted. 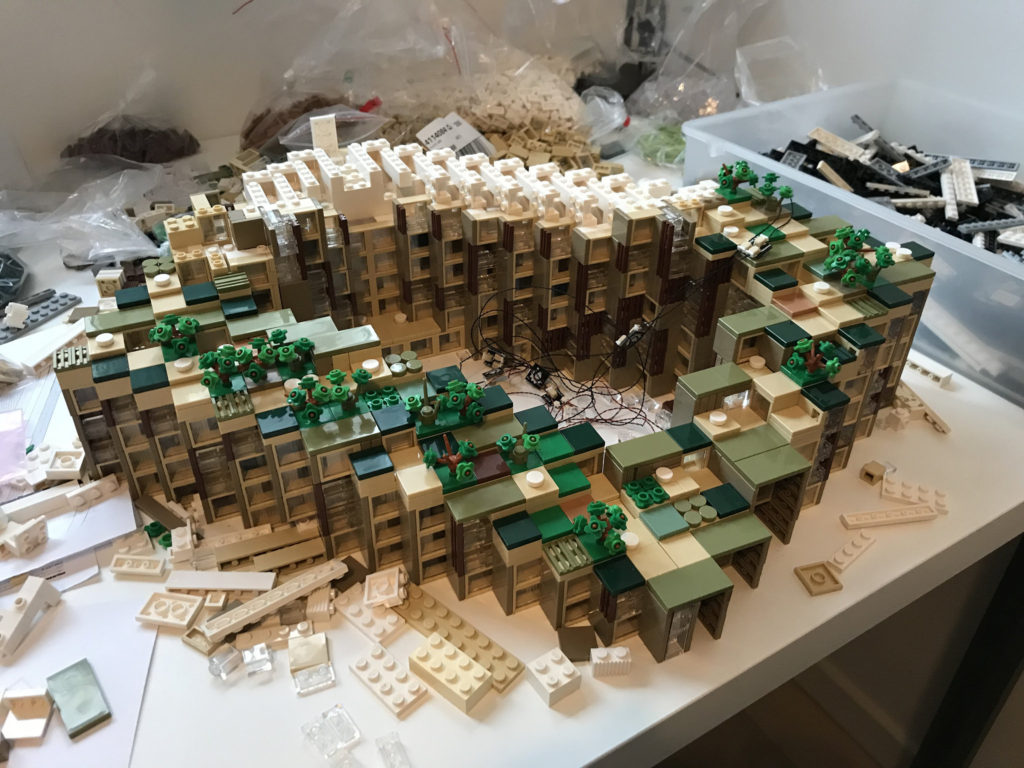