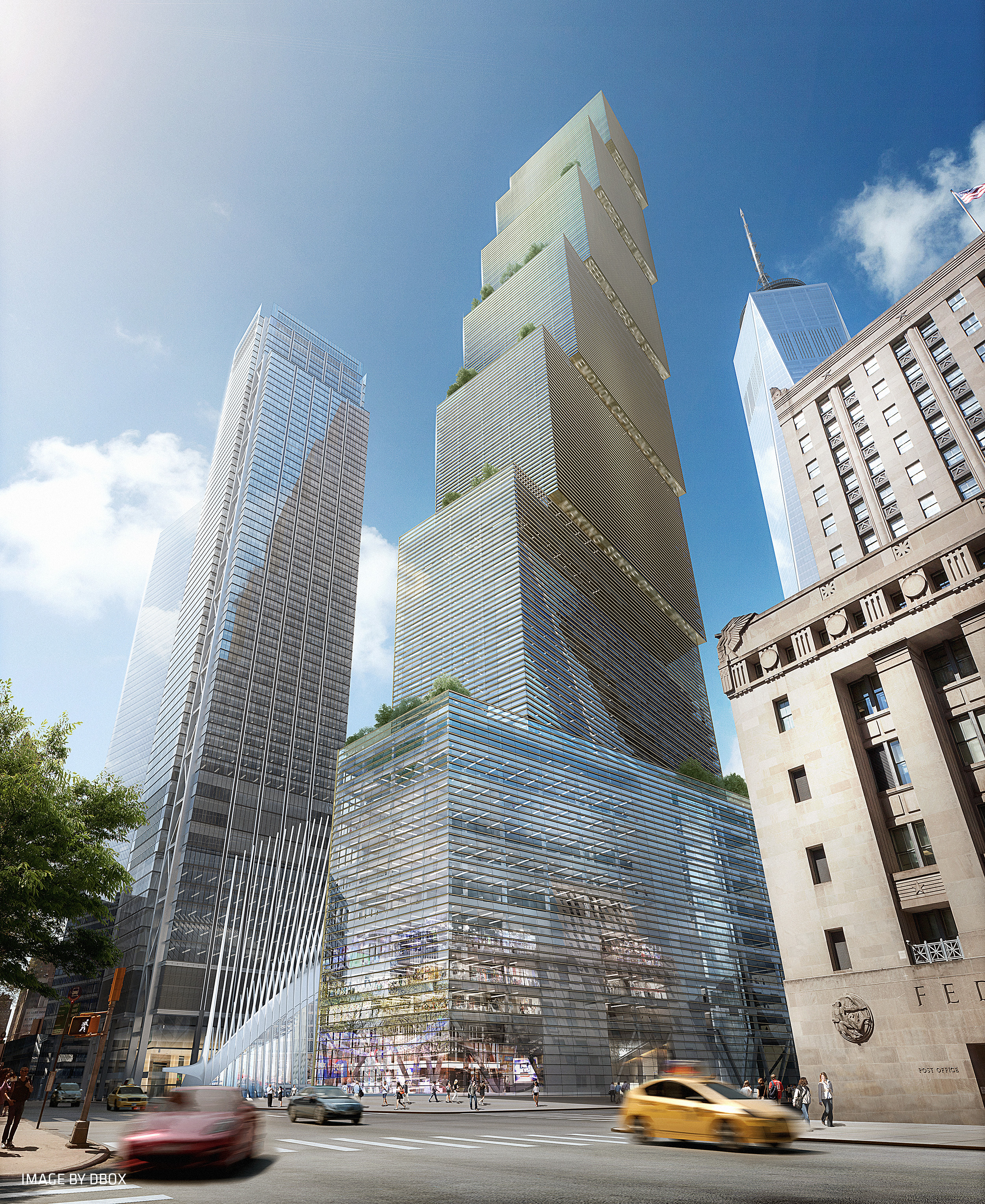 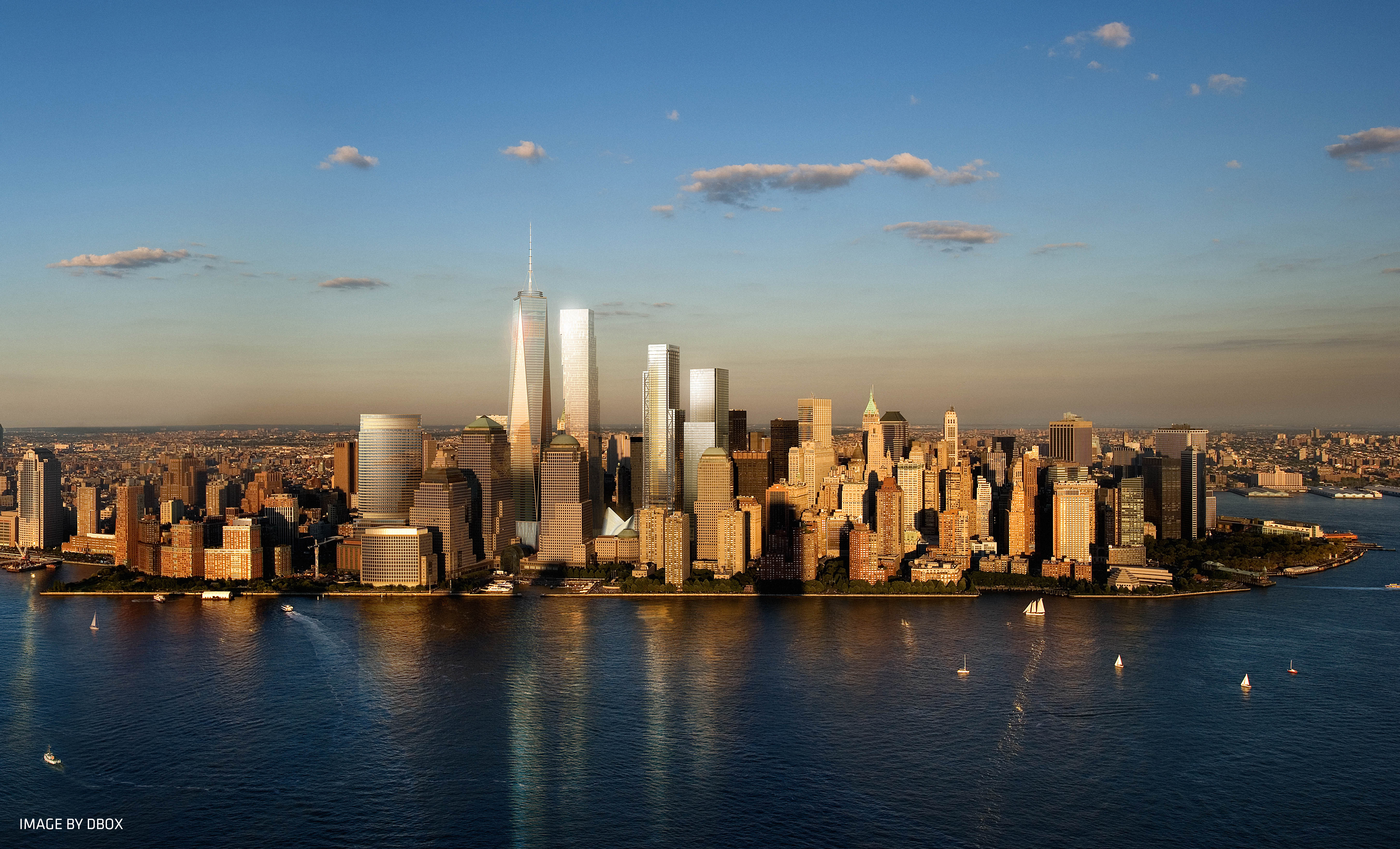 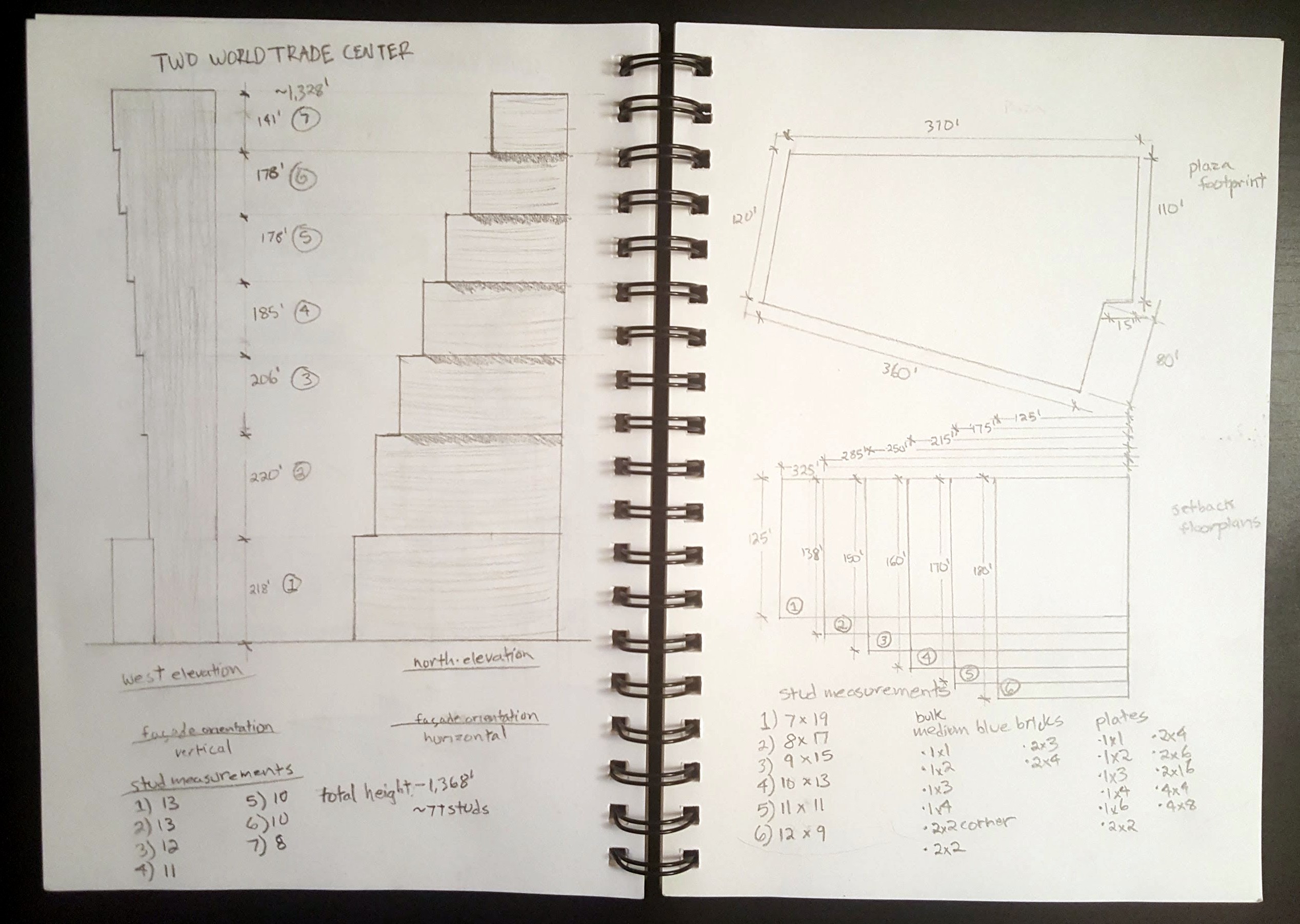 The model is now complete, but unfortunately the model may not come to LEGO House on April 20th. 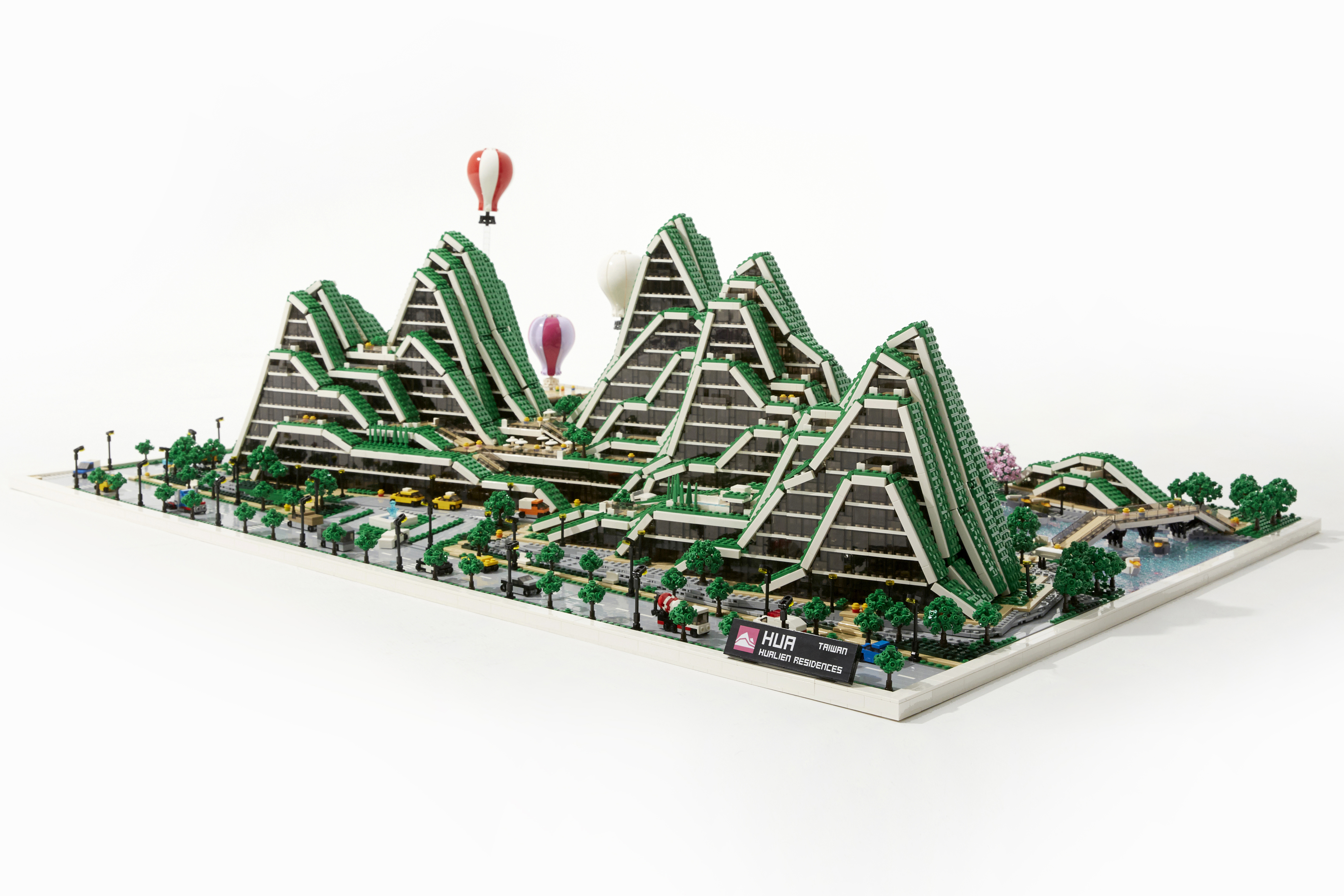 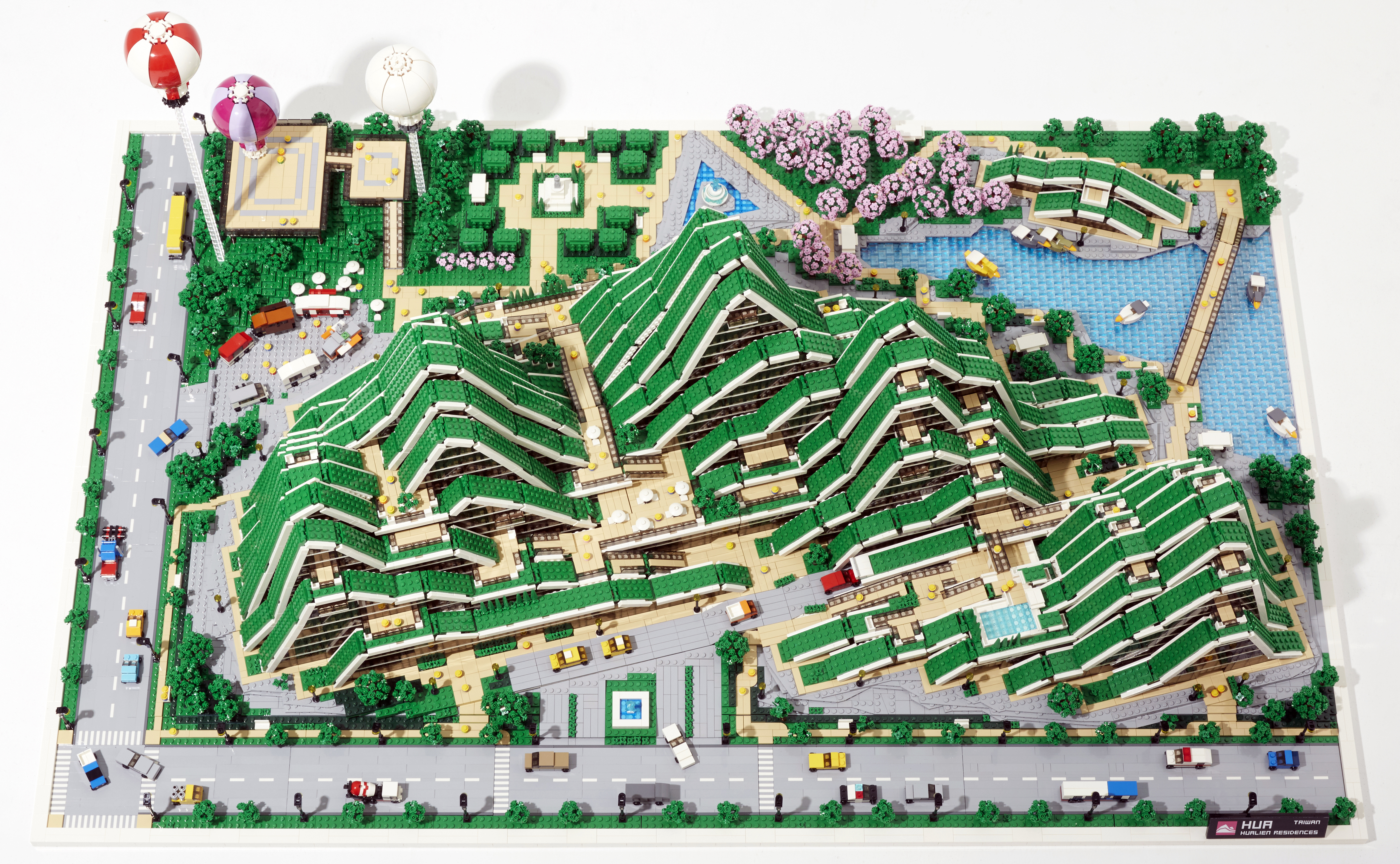 My LEGO model of 79&PARK is now complete and ready to be displayed in LEGO House in Billund, Denmark in April. I need to find time to take some decent photos before showing the full model.

The finishing touches included the inner courtyard which is largely based on this one photo from the project material.

The courtyard is somewhat more colorful than the roof terraces so I added a few extra colors to represent flowers including lime green and dark yellow. The main path through the courtyard is kept in light gray to match with the sidewalk. 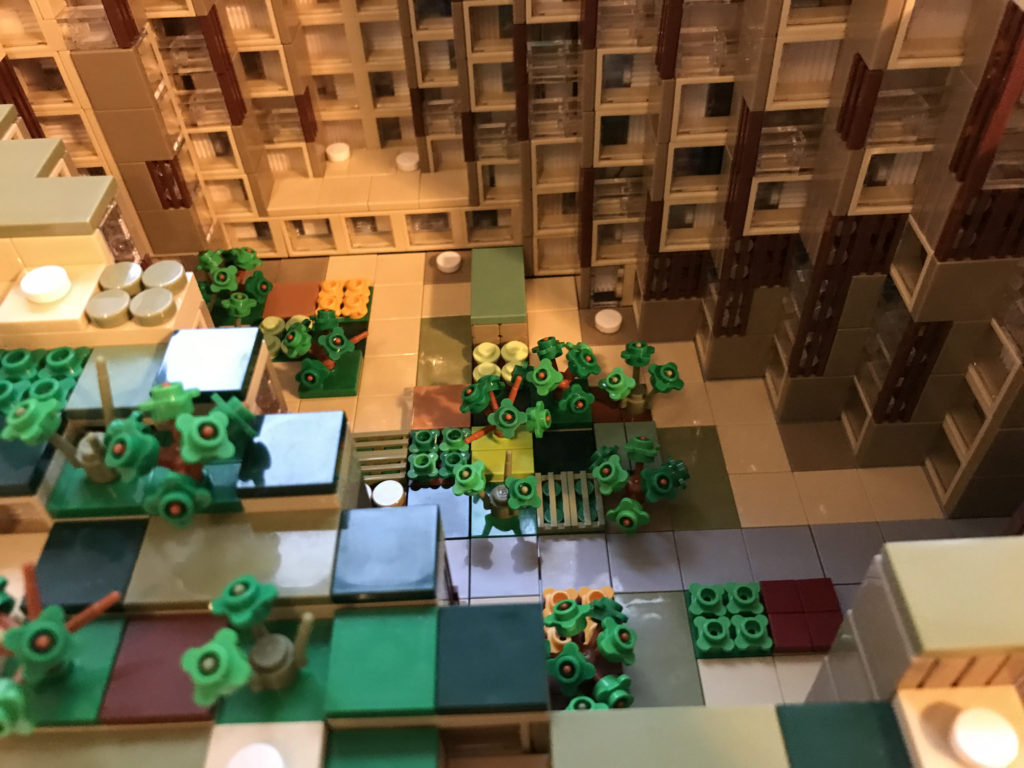 Finally, the streets and alleys surrounding the building were designed. The site is rectangular except for one side and has streets on two sides. The greenery is taken from the below reference picture. 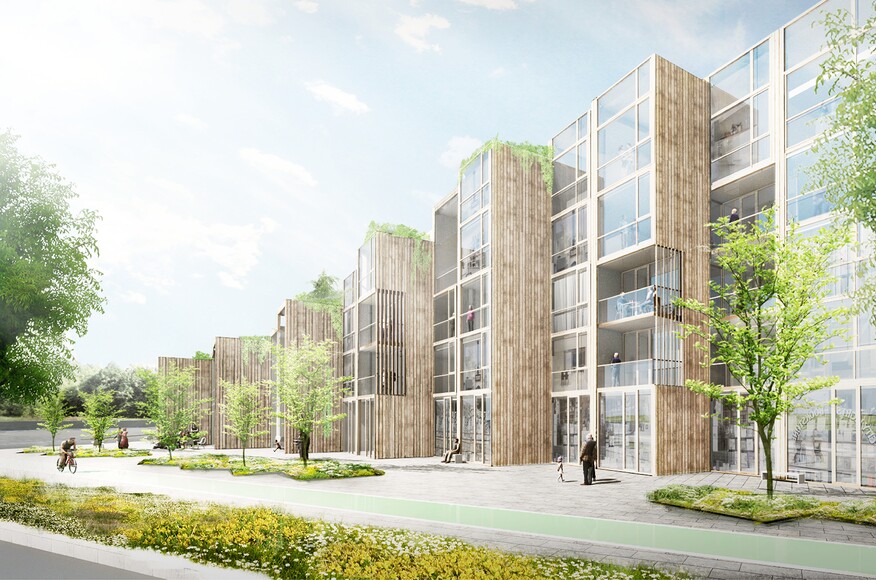 The streets are built in four sections corresponding to the four sides. They slide under the building and attach to each other with Technic pins. They are not attached to the building, however, which allows some flexibility to position the  building in the exact 45 degree angle.

Building the angled street was the most challenging. I ended up with a technique using rotated 1×1 bricks with stud on one side, clips and bars to ensure the right angle and distance between the sidewalk and the street as seen below. 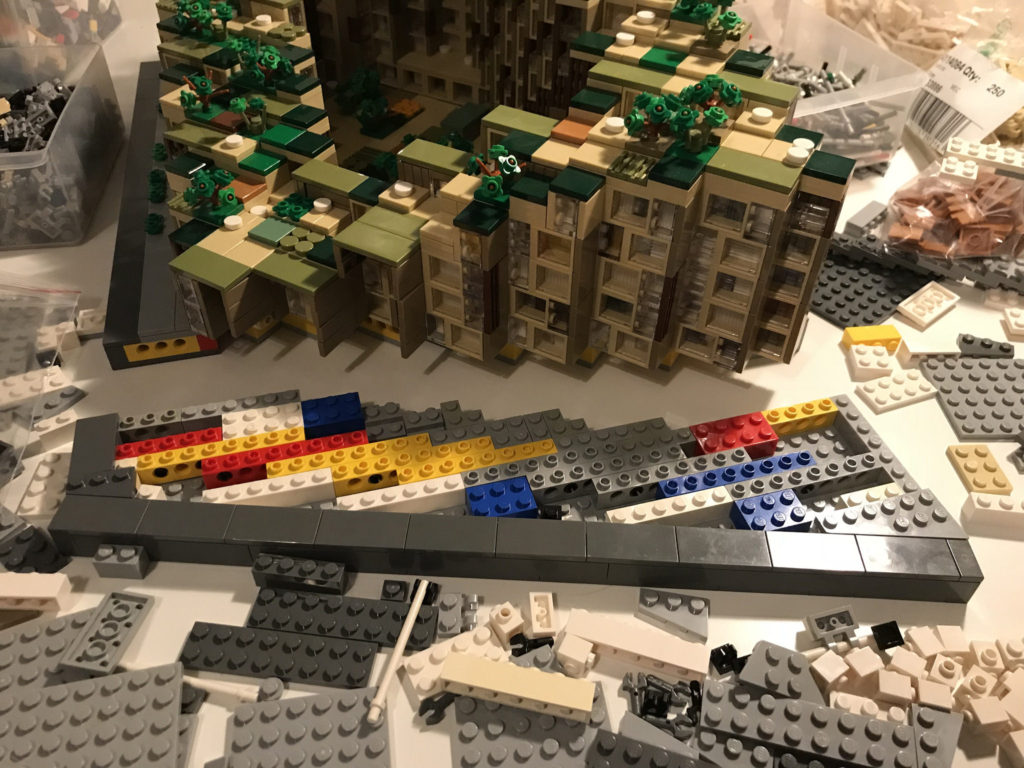 The final street, with some splashes of dark yellow flowers. 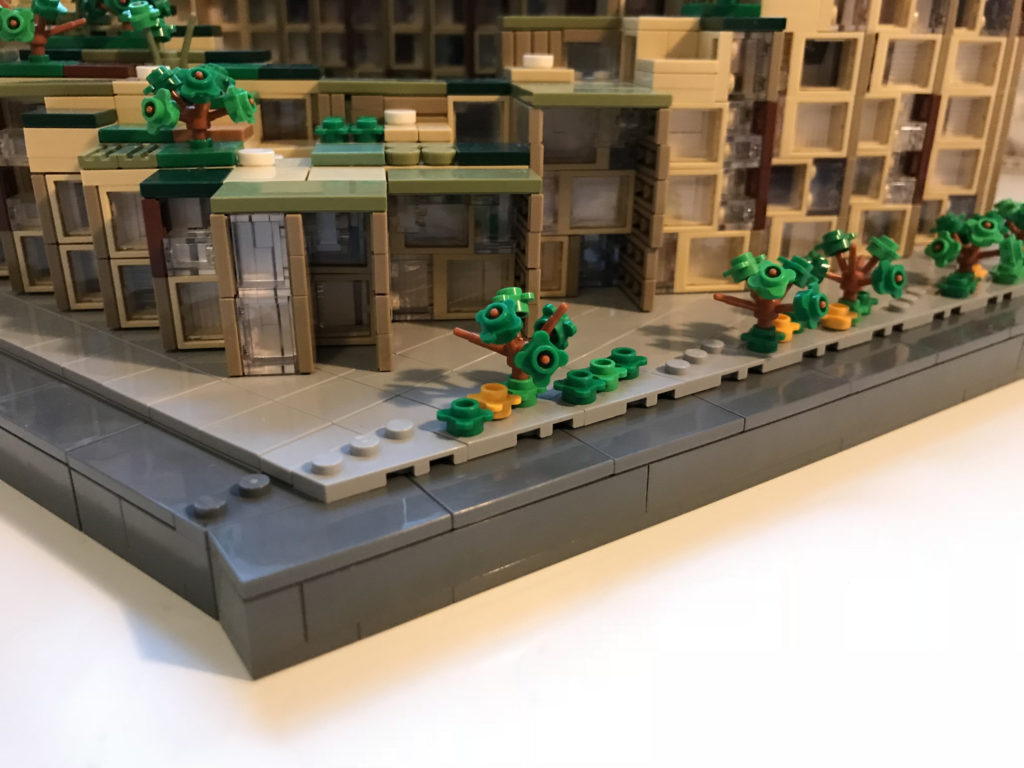 I did experiment using some of the other part options for greenery on the final model (see previous post on greenery) but I decided to keep my initial choice using only the olive green and brown flower stem parts for trees and green and light green flowers for leaves all over the model. This gives some, but not too much, variation.

Similarly, I experimented with other grille colors for the lamellas but kept the original brown choice as it looked best. Quite possibly because I had gotten used to that color during the building process.

Stay tuned for photos of the finished model! 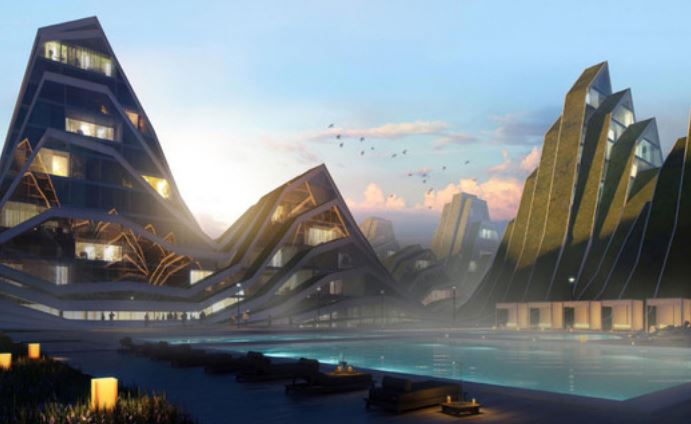 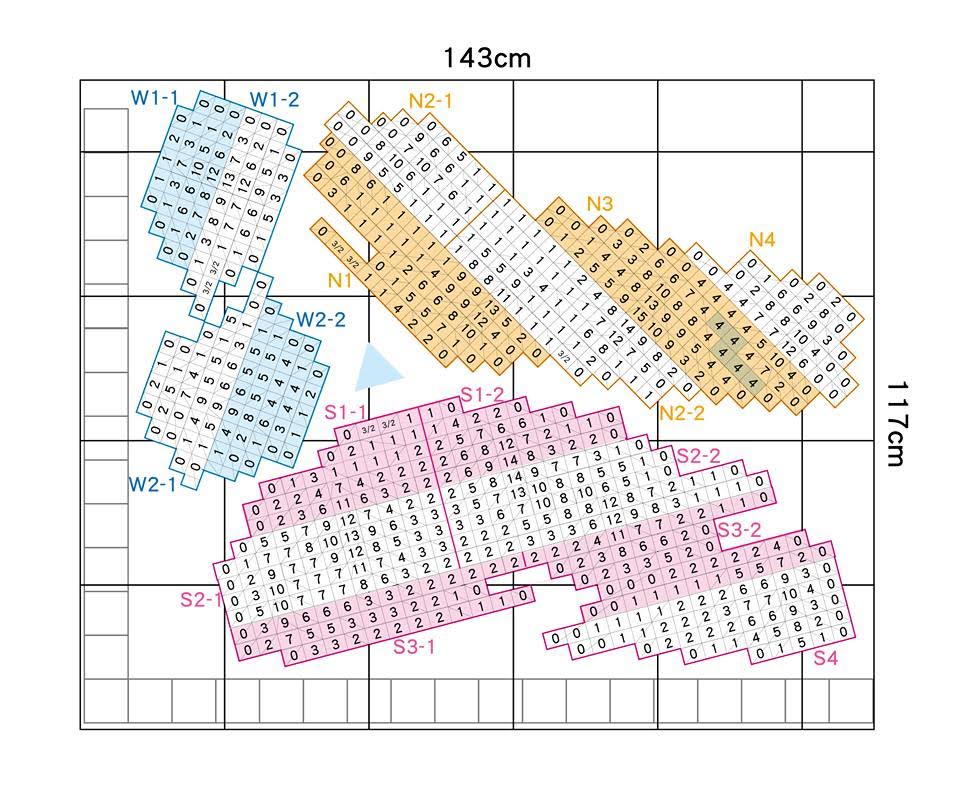 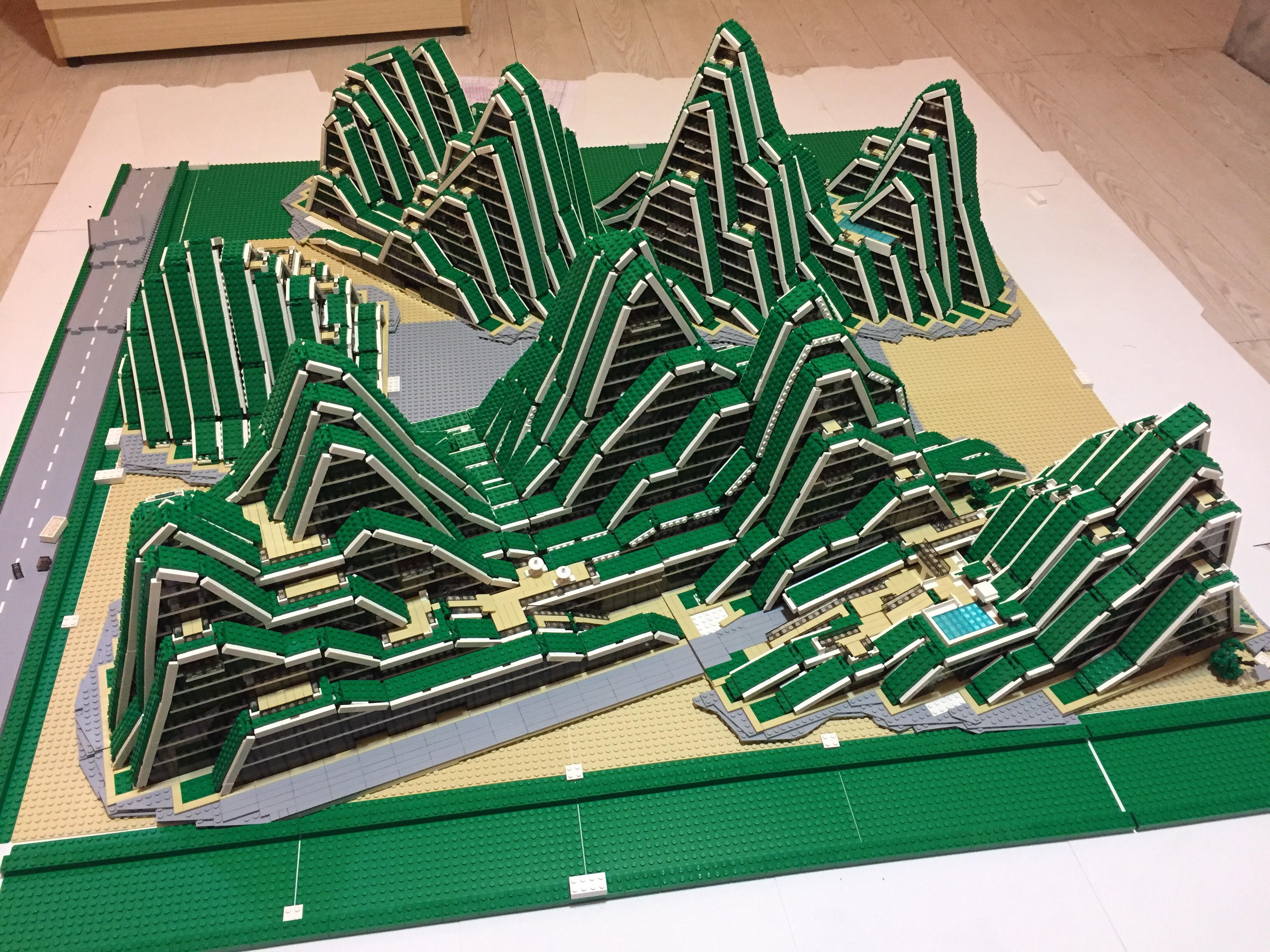 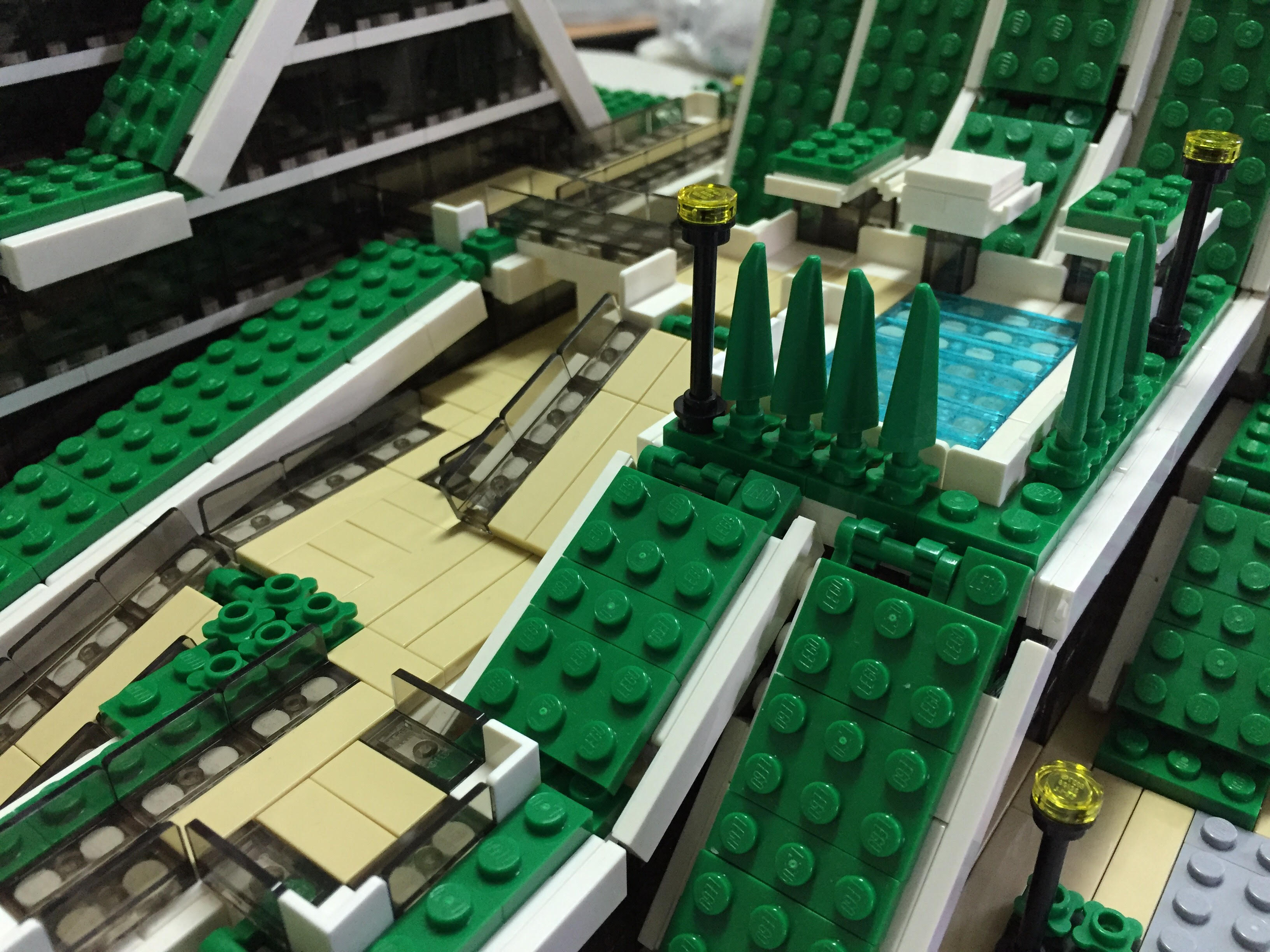